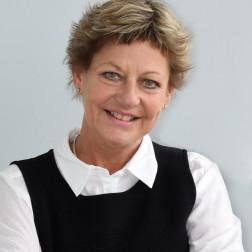 Janine has been a company director for over 20 years. She is a founding Principal of The Boardroom Practice Limited (TBPL) which specialises in boardroom practice and organisational development and change issues for boards and management.

She is also chair of AsureQuality, the only independent member of Fonterra’s Governance Development Committee, Council member of AUT, President of the London Business School alumni Auckland chapter, a well- known judge of business awards and a member of ArcAngels and Global Women.

Janine has held a number of non-executive independent board positions as director and chair in Public Listed Companies, State Owned Enterprises, Private Companies and with companies in the arts and education sectors. She has also held executive director positions with Telecom Directories and Arnott’s NZ where she was the GM/CEO.

In 2010 Janine completed a Master of Philosophy, research only, on Effective Boards from Inside the Boardroom, which was then one of the first studies of its type in the world. She was also acknowledged in the 2015 New Year’s Honours List receiving a MNZM for services to corporate governance.