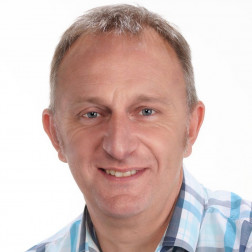 Nic has worked his entire adult work career within the ICT sector, having held senior roles within both public and private sector organisations. Nic's most recent role before joining REANNZ, was as National IT Manager at AgResearch, where he was a customer and consumer of REANNZ services, working closely with his peers across the REANNZ community to help shape REANNZ. Prior to this, Nic was IT Manager at PGGWrightson New Zealand's largest AgriBusiness at a time of significant change and growth within the agricultural sector. Recently Nic has also been working with New Zealand Genomics as ICT Manager, which continued his relationship and involvement with REANNZ.

What now seems like a very long time again, Nic spend many years working in the telecommunications as a systems engineering and operations manager for Ericsson, both in Dunedin and Wellington. Nic and his family live in sunny Dunedin where he enjoys assisting and coaching representative grade football, and when time permits getting out on the many mountain bike trails around Dunedin. The Otago harbour also holds a special place for Nic, where in summer, time is spend with friends and family at a crib (bach for those North Islanders) on the Otago peninsula.