Getting up to speed

The REANNZ network carries large volumes of data at speed. We're working with our members to improve performance across the whole journey.

The REANNZ national data superhighway is ready and waiting to carry large volumes of traffic around the country and out to the rest of the world. However, sometimes we see that data transfers slow down before they get to us because they go through various checks or gates such as firewalls, packetshapers or traffic inspectors.

These gates are really important for most internet traffic, which can include personal information that we want to protect. All of the data needs to be checked carefully - like when your bags are scanned at the airport so they can check everything you have packed. Research and education traffic is different; it often includes large datasets that users want to move quickly, so that they can get on with their work. It's not that it doesn't need any security, just not the same type of security, like working in an office building with a concierge - they've seen you before and they know who you are, so they let you in. 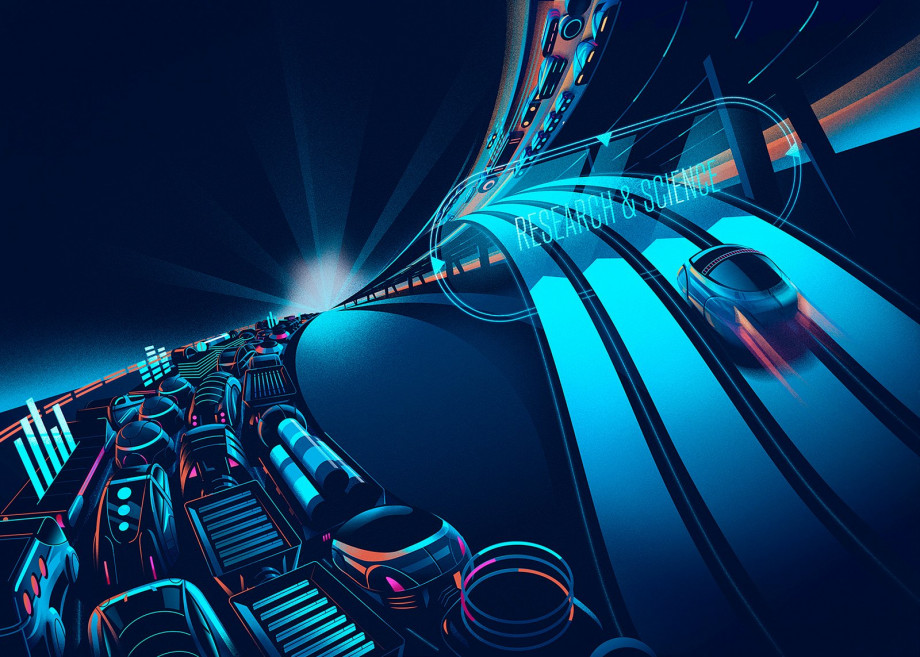 For this reason ESnet, the Energy Sciences Network based in the US, created the Science DMZ. Here at REANNZ we think of them as the on-ramps to the superhighway. It's a different path, just for this particular class of traffic, to get data from the source - for instance, a researcher's desk - across buildings, campuses and countries to anywhere in the world without slowing down.

We're a long way away down here, one of the most southern places in the world. We're a research intensive organisation, working in isolation to an extent because we couldn't move our data around. I can see that now it's not going to be an issue.

Recently, this on-ramp was installed at the University of Otago. They had been struggling to get data out of their front door any faster than a few hundred megabits per second. That meant that researchers sometimes resorted to using external hard drives and couriers to get their data around the country. The university had data storage clusters in place on each of its three main campuses, capable of handling several petabytes of data. With that infrastructure in place they wanted to enable secure, managed data transfers from this distributed storage platform across the globe, effectively removing distance as a constraint to research. Something had to change.

They read up on Science DMZs on ESnet and approached REANNZ for help.

The University of Otago and REANNZ worked together to come up with the best solution for their needs. We installed a managed edge switch, so that everyday internet traffic would be directed down the normal path with all of the gates, while research data would go down a different, faster path, which bypassed all of the gates it didn't need to go through. The university now has a clear, high-speed research data path to and from the REANNZ network. On top of that, REANNZ manages the switch, so if changes or upgrades need to be made in the future REANNZ can make them, meaning less work for the university.

Once the managed switch was in and the Science DMZ established, the university collaborated with NeSI to design and deploy their data transfer solution and run benchmark tests.

After extensive tuning of the Science DMZ data transfer infrastructure, and having established secure connections from this infrastructure to the research storage clusters, the university found that it could now transfer research data at speeds up to 15 times faster than before.

Traffic bursts before and after installation of the Science DMZ

Traffic bursts before and after installation of the Science DMZ

When we put the Science DMZ in and we started testing, we were really pleased with the way the national network ran. Given the right on-ramp, the power of the network became apparent, and we're going right up and out of the country and it works really well, consistently. We could never have tested that before.

There has been steady demand from researchers to use the Science DMZ data transfer service, with over 150 terabytes of data transferred to national and international research organisations, at speeds ranging from two to five gigabits per second.

Two big data research projects are now underway that have driven the university to adopt the REANNZ managed edge and Science DMZ - they knew that the infrastructure needed to be in place before the demand.

The first project relies on a complex high speed data pipeline that will transfer nearly half a petabyte of data over the lifetime of the project. Before the on-ramp was built, they weren't sure they would be able to get the data from the source to our network. So far this project has transferred over 100 terabytes of data from the US to Otago. The next phase of the project will see subsets of this data going to the NeSI High Performance Computing cluster in Auckland and then finally back to Otago.

The other project, just getting underway at the moment, will transfer large sets of data from a research instrument in Otago to a university lab in the US.