Working with universities around the world, the Liggins Institute is advancing our collective knowledge about fetal and child health.

The Liggins Institute and the University of Auckland is one of the world's leading centres for research on fetal and child health, nutrition, development, epigenetics and translational and implementation science. As the University is connected to the REANNZ network, the Liggins Institute is as well, meaning that when they collaborate with research centres across the globe they can rely on the high-speed, high-performance network REANNZ provides to transfer data and advance their research.

This case study talks about a collaboration with Chongqing Medical University (CQMU) in China that could have a huge impact on maternal health, as well as significant economic benefits for New Zealand. 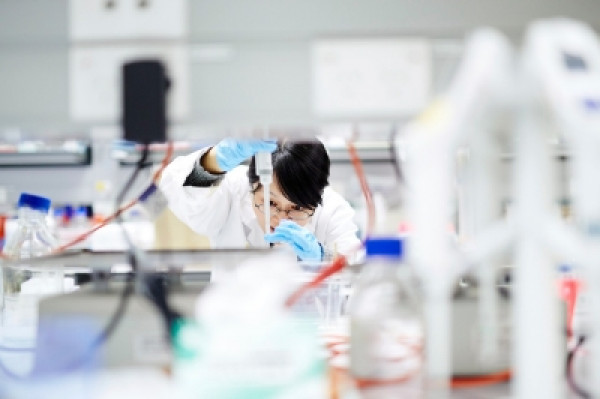 Current collaborations between CQMU and the University of Auckland’s Liggins Institute include a clinical trial and an extensive research programme investigating the subtle early metabolomic and genetic markers in maternal blood that could indicate a predisposition to a number of pregnancy complications.

One of these collaborations is the Complex Lipids in Mothers and Babies (CLIMB) - a clinical trial involving collaboration with Fonterra Cooperative Group Ltd. Co-principal investigators are Professor Phil Baker of the Liggins Institute and Professor Hongbo Qi at CQMU. The trial focuses on exploring the impact of mothers’ complex milk lipid intake on birth outcomes, infant brain development and general maternal health. Between 2015 and 2016, over 1500 expectant mothers were recruited for the purposes of the CLIMB trial, which will conclude in mid-2018 when the youngest of the babies involved in the project reaches the age of 12 months.

The project could have critical outcomes for the health of infants throughout China, New Zealand and around the world, as well as potential economic benefits for New Zealand through increased market potential for Fonterra.

Beyond these primary objectives, the CLIMB trial has facilitated the creation of a significant biobank of human samples and tissues for analysis at CQMU. This will be invaluable for attracting funding and generating further collaborations between researchers from around the world.

In addition to CLIMB, funding of Professor Baker’s work in China has come through China’s 1000 Talents Foreign Expert’s scheme and his lead of a successful 111 Chinese government funding bid for CQMU in 2016. These have created networks of global collaborations around a number of projects informing the development of early detection tests, and of treatment interventions to reduce instances of critical pregnancy-related health issues, including premature birth, gestational diabetes and foetal growth restriction.

Associate Professor Morgan Han has been a critical member of the Liggins’ data-analysis team. Now based at Chongqing Medical University as head of a state-of-the-art mass spectrometry laboratory, he continues to collaborate with colleagues at the Liggins Institute at the University of Auckland on the various research projects.

In order to run the necessary tests at his laboratory in Chongqing, Associate Professor Han needs access to full research datasets – the volumes can be as big as 2TB: big data by any standard.

During the early stages of the metabolomic markers in maternal blood programme, without the luxury of a remote access solution, the only option was traditional data download – a process severely hampered by Chongqing’s slow transfer speeds and regular connection drop-outs, dramatically slowing the delivery of critical bug fixes.

The ongoing collection of data not only means that the total volume of data is continually growing, but creates the requirement to re-transfer the dataset in its entirety each and every time new data is added. And with each incremental increase in data volume, these slow data transfer speeds became even more of an impediment.

The role of the REANNZ team

The Liggins Institute had already been utilising the REANNZ network for a number of years. Associate Professor Han’s colleagues in Auckland, Dr Elizabeth McKenzie and Dr Judith Hammond, approached REANNZ for assistance in determining the best solution to streamline the process of accessing project data from Chongqing.

By tapping into the technical expertise and understanding of the REANNZ team, the Liggins Institute was able to quickly identify the various data access and transfer options available, and which were the most feasible – saving significant time, money and effort that might otherwise have been spent pursuing unsuitable alternatives.

REANNZ provided us with the critical knowledge and expertise we needed in order to achieve our goals – by granting us access to contacts and networks, and simply by educating us as users.

“There’s a huge level of value inherent not just in the network infrastructure, but also in the unique and specialist support the REANNZ team is able to provide at an advisory level.

“I can see a larger role for REANNZ through a broader initiative to educate new and emerging researchers via the Digital Skills for Researchers programme which is currently being developed by the University of Auckland’s Dr. Fabiana Kubke,” McKenzie concludes.

The interim solution which was ultimately deployed was effective, and the long-term effect of consultation with REANNZ enabled Dr McKenzie to lead development of virtual machines for the management of Liggins Institute metabolomic data.